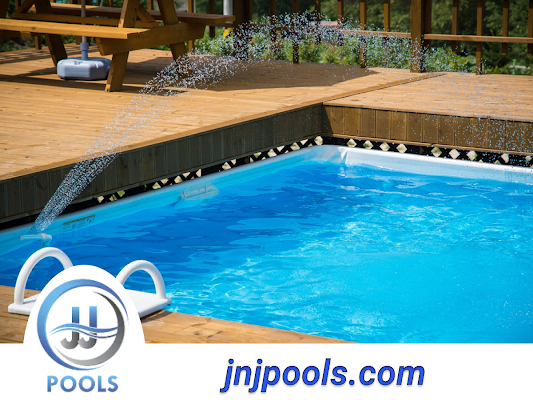 It is important for families with children to be aware of the dangers in and around pools. Not only are their valuable lessons to teach your kids about water safety, but they also help them learn valuable life skills that will last a lifetime. Drowning can happen when an individual falls into the pool or forgets they are not standing on solid ground while playing near the pool. It is important to know how deep the water is at all times so you know what risks may exist if someone falls in unexpectedly.

If you have young kids who like playing by the edge of the pool, it is important to install a safety fence with adequate protection from potential dangers. Families should also make sure their pools are properly maintained and always have someone watching them when they are not in use. In addition, everyone who uses your pool must know how to swim and be able to handle themselves while swimming at all times whether on land or water.

It may be useful for kids under five years old to take lessons so that they can learn proper techniques early on and continue learning into adulthood. It is best if parents lead by example because children tend to emulate what their mothers and fathers do without question especially during childhood development stages where everything adults do seems like magic anyway. As such, you will need to teach your child basic water safety skills even if they are not located near the pool. Teach them to swim and learn how to handle themselves in water through activities like taking a bath or playing with water toys outside on hot days.

Drowning is one of the leading causes of death among children. The National Safety Council estimates that over 3,500 children under the age of 14 die from drowning each year in the United States alone. Drowning can occur at any time and place including pools, bathtubs, oceans, rivers, or lakes. Children are especially vulnerable because they lack good judgment and adult supervision.

They think playing in the water is fun until it turns deadly! Many parents don’t realize how quickly their child could drown because many people mistakenly believe that if a person isn’t breathing then he/she must be OK after being submerged for just a few seconds (this perspective is dangerous). More than 99% of those who drown do not show any signs of distress when placed face down in the water.

Drowning is the process of experiencing respiratory impairment from submersion/immersion in liquid (usually fresh or saltwater, but can be other liquids). It is defined by the International Liaison Committee on Resuscitation as “the condition of breathing while underwater, during which consciousness is lost”. This may be followed by death if proper resuscitation measures are not taken immediately.

While drowning itself will lead to eventual unconsciousness and cessation of respiration due to lack of oxygen, some have survived after being submerged for more than ten minutes without moving any part of their body at all; it has been reported that this happens because most people cannot hold breath beyond one minute before they inhale water.

In today’s society, children have a lot of free time to do what they please. This can lead to them being bored and getting into trouble. The best way for parents to avoid this is by making sure the pool in their backyard has a fence around it so that no child can get near it without permission from an adult.

In addition, make sure there are some toys or games set out on the deck for when your kids come over before you go inside to work or relax on your own. You want them to feel like they belong at your house and not just be left outside all day with nothing more than a pool as entertainment! In turn, this will keep them busy while you’re tending to other matters around the home.

Kids need to learn how to swim and follow water safety rules.   There are many reasons why it is important, but the main reason is that swimming prevents drowning.  Many people think that if a person knows how to swim then they will be okay if they fall into deep water or a pool. But this isn’t true- It can take up to 10 minutes before someone who has fallen unconscious from lack of oxygen starts moving again even if their head remains above water! So to teach children about life-saving skills, they need to start learning at an early age so they know what to do in case anything happens while playing near any kind of body of water.

In addition, parents should make sure that their child is always under supervision while they are around water.  It’s also important to make sure all pools, spas, and hot tubs have fences that surround them so children cannot swim in them without adult supervision.

Keep an eye on small children when they’re near the pool, supervise them at all times

Kids love water, and they often have a natural curiosity about the pool. However, it’s important to keep an eye on them at all times when they’re near the water. To avoid any accidents, you need to supervise your child while playing in or around the pool at all times. And never assume that someone else will stop their child from getting into trouble if he comes running towards you with a pool noodle, or that they’ll notice if your child is struggling to stay afloat.

Never assume someone else will keep an eye on their children around the pool. Supervise them at all times yourself and teach your kids how dangerous it can be so tragedies do not occur. Also, always know where you are in public places with pools–it doesn’t take one moment for something bad to happen from someone’s carelessness (or intentional wrongdoing). Always talk about water safety before going into any large bodies of water this summer as well! Don’t forget what could go wrong; make sure everyone knows all precautions beforehand.

Most people know that a child should never be left alone outside to play or roam around. This is because there are dangers out there, such as wild animals and dangerous objects. But many parents don’t realize that the backyard can also pose risks for children who might go looking for something they want to play with.

There could be poisons in the yard, or even electrical hazards from cords plugged into outlets without safety covers on them. In addition, kids could fall downstairs or off of their bike which can result in serious injury if not death. The best thing you can do is to stay close by when your toddler is playing and make sure he/she stays safe and secure at all times!

It never fails. You’ve been waiting all day for the moment to cool off and relax by the pool, but as soon as you get there, somebody goes running headfirst without checking the depth-first. Luckily, if you label any steps leading into the pool so that everyone knows how deep it is before they go in, then this won’t be an issue. Labeling can be done with a variety of materials including tape or paint that will last through different weather conditions. This way people will know what they’re getting themselves into and whether or not their children should enter too!

It’s not always possible to avoid dangerous situations, but there are some things you can do to increase your chances of survival. One of the most important is making sure that everyone in your group knows how to swim well enough to get themselves out of trouble without help.

If someone does fall into deep water and they’re unable to save themselves, it’s much easier for a rescuer who has a life jacket on hand than it would be if he or she were wearing one. Make sure that everyone in your group knows how to swim well enough. One of the most important things is having life jackets on hand for anyone who can’t swim well enough to get out by themselves. If someone falls into deep water, it’s easier with a rescuer if they have one since they’ll be able to save them much better than without one. So make sure you’re prepared and know this information!